Rhonda with all her girls at about the same age. 4ish. Elizabeth might be closer to 5. 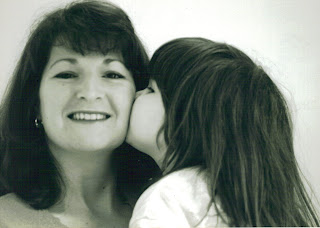 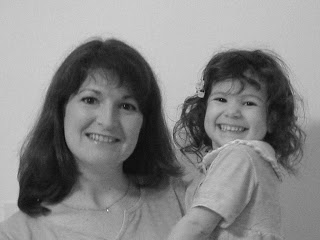 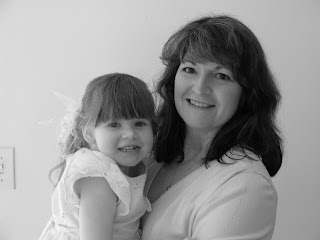 Posting with my new storm. Now,I can really waste a lot of time.
Posted by Perry Christopher at 7:18 PM No comments:

Permanent minority...? Or maybe not?

Seems the GOP may be like the GOP in the days of old when they were content to take what scraps the democrat leadership gave them. You remember...the days before Newt Gingrich arrived and built a majority on conservative principles. We'll see what happens, but it doesn't look all that good right now. Normally, I don't agree with Rush Limbaugh.

On this, Rush is right.

Rep. Phil Gingrey, R-Ga., did not take kindly to this assessment in an interview with Politico Tuesday.

“I think that our leadership, Mitch McConnell and John Boehner, are taking the right approach,” Gingrey said. “I mean, it’s easy if you’re Sean Hannity or Rush Limbaugh or even sometimes Newt Gingrich to stand back and throw bricks. You don’t have to try to do what’s best for your people and your party. You know you’re just on these talk shows and you’re living well and plus you stir up a bit of controversy and gin the base and that sort of that thing. But when it comes to true leadership, not that these people couldn’t be or wouldn’t be good leaders, they’re not in that position of John Boehner or Mitch McConnell."

Seems that the House GOP leadership AND John McCain are going to oppose Obama's stimulus plan now. Could it be? Are the republicans finally going to get their act together? Let's hope.
Posted by Perry Christopher at 3:16 PM No comments:

I have this terrible feeling that Mountain View Inn is going to end up being a brand new Sheetz. For those of you who do not know what I am talking about, the Mountain View Inn in Greensburg, Pennsylvania (actually Unity Township) is closing. The bank is going to take control of it. I am afraid the location is worth more than the potential Inn business. I really could see them building retail or office space there. Yuck! I moved to Unity because I wanted to live in a residential area without all the retail like they have in Hempfield township. Unfortunately, the trend is not my friend. Unity is being developed like crazy. So much for all the beautiful trees. Besides, we need a whole bunch of houses built really close together on lots that have been totally cleared of trees so that we have to plant new ones and wait 50 years for them to grow (yes, a run on sentance!) Of course, we need more Walgreens! Why are they building so many of those stores. I have been in them. Nothing special.

Rhonda and I had our wedding reception at Mountain View in 1993. Here is a pic in the hallway of the old rooms at the Inn. 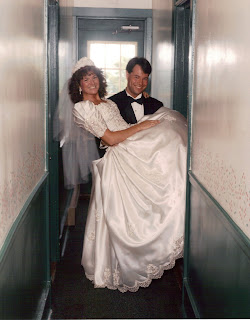 10 miles in this yesterday

I like to run the 5 star trail in Greensburg. I thought the warm weather the other day would have cleared the path. It did, but it left most of it a sheet of ice. That was hard running. Pittsburgh Marathon training is quite a challenge due to the weather. 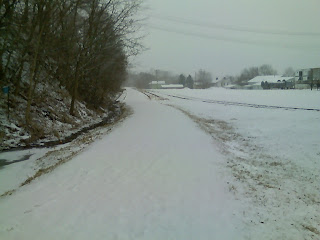 Posted by Perry Christopher at 10:19 AM No comments:

As you know, two judges are retiring. Recently, Rhonda and I met with Meagan Bilik DeFazio. We found her to be fair, intelligent, articulate and motivated to run for all the right reasons.

Rhonda and I are going to be happy to support her effort.

To all my friends on the republican committee, you can support any candidate for judge. The election is nonpartisan and all candidates crossfile.
Posted by Perry Christopher at 6:10 AM 6 comments:

Seems two new judges need to be elected. Any thoughts? Candidates for judge can crossfile, so you can't get kicked off the republican committee by supporting a democrat. That also goes for the upcoming school board elections.
Posted by Perry Christopher at 3:08 PM No comments:

I have been kicked off the republican committee--months after the fact of my transgression. The committee waited this long to act to avoid any possible bad press during the election. I do have to disagree a little with their findings. The findings stated that I wrote negative comments about Mike Reese in a letter to the Latrobe Bulletin. I disagree. I purposely wrote a positive letter about Mike O'Barto and his experience. I did not once mention Mike Reese in the letter. Here is the letter. The same letter spoke well of the other republicans on the ballot.

Considering the letter I received today, I will support James Antoniono for Westmoreland County District Attorney in both the primary and general election.

As for the future, my political philosophy has not changed because I am no longer on the committee. I am still a republican.
Posted by Perry Christopher at 11:14 AM 2 comments:

Regardless of what your view of the situation, the case was handled very poorly. Based on that alone, a change is what is needed in the District Attorney's office. If I were a registered democrat (and I am not), I would vote for James Antoniono for district attorney. As a matter of fact, I may temporarily switch to do just that. Of course, that all depends on what is happening in the GOP primary.

Antoniono said Peck mishandled the investigation and prosecution of former state Sen. Robert Regola, whose gun was used in the suicide death of his neighbor, 14-year-old Louis Farrell. Regola was acquitted of perjury and gun charges last summer.
"He (Peck) was not at the scene, and I think that's wrong. The (Farrell) family lost a son, and Sen. Regola lost his job under a cloud of suspicion. All that could have been cleared up," Antoniono said. Tribune-Review 1/16/2009

Posted by Perry Christopher at 10:32 AM 2 comments:

We knew that Kim Ward was a going to be a good state senator. Rhonda said her and her staff were great. But, she already knew Kim and some of her staff.

I thought I would just take this opportunity to again state that I was wrong and Mike Reese is doing a good job as state represenative.
Posted by Perry Christopher at 12:14 PM 19 comments:

Republican Commissioner Charles Anderson, who replaced Ward last month, said he liked Bompiani but his presence on the water authority's board of directors could be dangerous to ratepayers.

"I was concerned about his record of tax increases. This impacts an awful lot of people, and we just have a philosophical difference of opinion," Anderson said.
Tribune-Review 1/9/2009

I do feel a bit sorry for Bompiani. It is hard to be a school director because Harrisburg sort of passes the buck to the school districts to raise taxes. Oh well, I participated in the tagging of Bompiani as a tax loving school director too.
Posted by Perry Christopher at 8:58 PM 12 comments:

For me anyway. Ray Lamontagne is coming to The Palace in Greensburg.


Posted by Perry Christopher at 5:59 PM No comments:

I love the opening line to this song

How I wish you could see the potential, the potential of you and me.
Its like a book elegantly bound but in a language that you can't read, just yet.

Posted by Perry Christopher at 5:54 PM No comments:

The Tribune-Review is a major newspaper. Currently, the world economy is in decline. The economy in the US looks bad. We have a new president. We have many new elected represenatives. A new county commissioner. Lots of stuff to write about. So, what does McNickle write about: Tom Balya called someone a dipshit. Shocking. I may never be the same after hearing dipshit. WTF!

Some background. If you e-mail Tom Balya with a question or you want to start a debate, he will reply and engage you in a discussion. From personal experience, Tom Balya considers e-mail between two people to be private. It should be, but it is not. I know all this very well. When Kim and George were running against Tom and Tom, my self-appointed duty was to taunt Balya through my blog and e-mail. I tried very hard to get a good quote to use in the campaign, but he did not bite. I did blind CC: an e-mail I sent Tom to a Trib writer. He did go ballistic over that to me, but he held his tongue until after the election. To my recollection, he did not use profanity. However, I would have not been even slightly annoyed by dipshit. I am not in the third grade.

So, a guy named Bill Eger routinely e-mailed Balya for debate. Balya seemed to engage Eger. It is actually a positive trait if an elected official is so willing to engage in debate. The problem is Balya wrote dipshit in his response. Oh heavens. What should we do? Will the world ever be the same? And Eger forwarded that e-mail to the Trib's McKickle who wasted newspaper space on a column.

I personally think it is great that you can engage your elected officials in policy debate. Without having the complete exchange of e-mails, you can't criticize him for using the word dipshit. Without the tone of Eger and Balya's relationship, the exchange is taken out of context. I should know because I tried to bait Balya into the same thing in the past.

I have since changed. I think others should to. If a column was to be written criticizing anyone, it should have been written about Eger forwarding the e-mail to the Trib.
Posted by Perry Christopher at 8:41 AM 7 comments: